What is the Best Coffee for French Press? 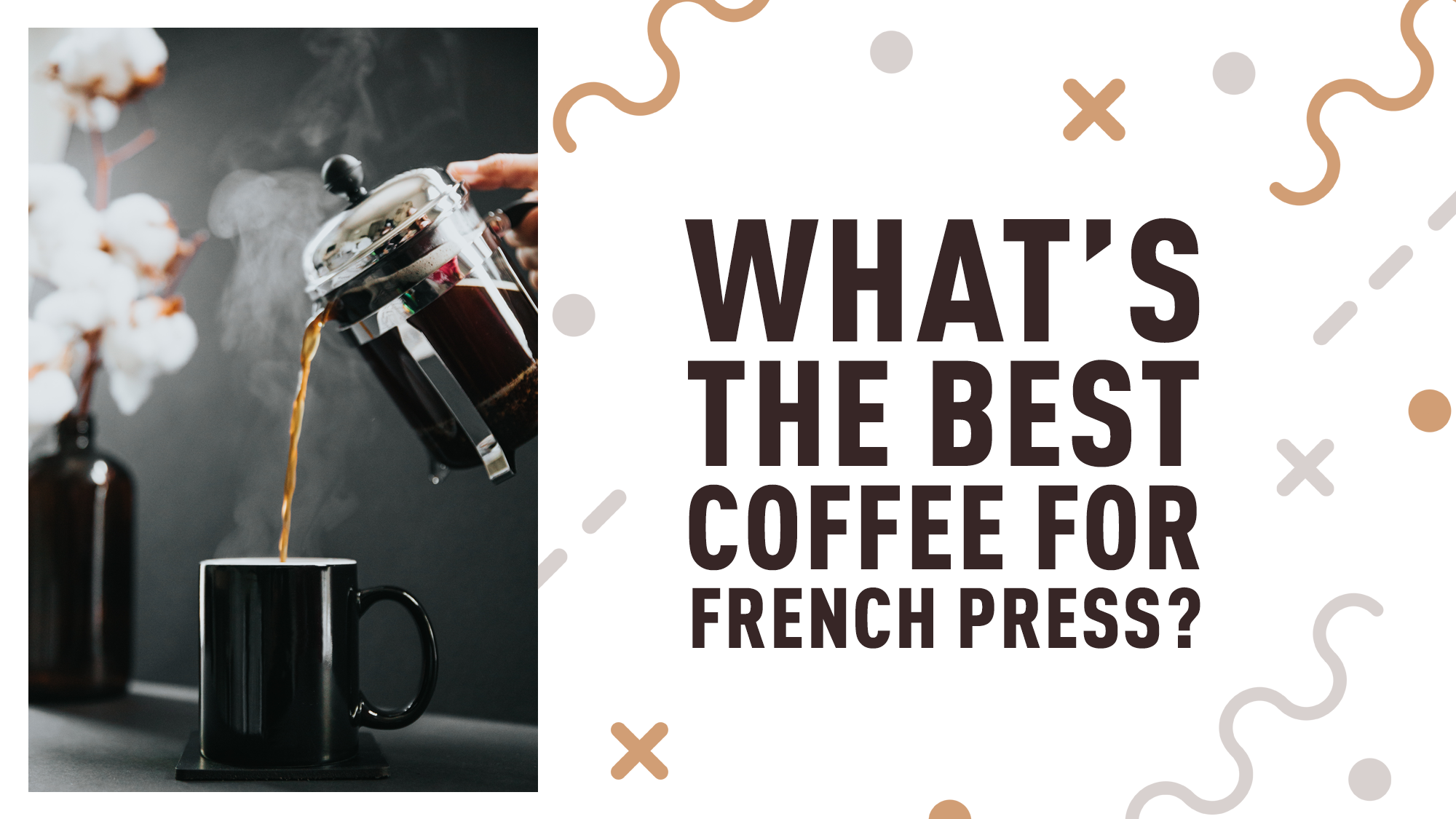 If you just added a French Press to your home coffee-brewing arsenal, your first question might be the following:

What is the best coffee to use with a French Press?

Well, my friend, the truth is that the type of coffee you brew through your French Press is not as important as you may think.

What do we mean when we say “type of coffee” though?

As you may or may not already know, coffee comes in all shapes, sizes, roasts, and origins. No two bags of coffee are alike, just as no two coffee beans are alike.

Coffee is grown in different regions of the world, in distinct climates, and in distinct soil.

There is no single-way to process or roast coffee either.

Suffice to say, there is a lot more variability in the world of coffee than we may have initially been aware of.

With that out of the way…let’s see if we can still try and answer this common question about the best coffee for french press.

First things first though, let’s discuss what makes the french press different from other coffee makers.

What’s so special about the French Press?

The French Press is one of the most popular ways to brew coffee, especially for those who make coffee at home.

With a built-in stainless steel mesh filter, the coffee a French Press can brew is known for its richer flavors and fuller body.

This is because unlike paper filters found in drip coffee, a French Press’ filter allows more sediment and coffee oils to pass into the final cup of brewed coffee, giving it a unique aroma, flavor, and texture.

Many people would describe French Press coffee as “strong” or “rich”, but this actually has less to do with the French Press than you may think.

More on this in a second…

Choosing the right kind of coffee

You may think that owning a French Press will automatically make your coffee more flavorful, but this is big-time fiction.

Coffee makers matter much less than most people are aware of.

In fact, you could brew an excellent cup of coffee without ever using a coffee maker…but that’s another topic for another day.

The point is that if you aren’t using good quality coffee and good quality water, you’re not going to brew good coffee whether using a French Press, pour-over dripper, or any other popular coffeemaker.

I’ve written entire posts on how to find good quality coffee, but if you’re too lazy to hop down the rabbit hole, here’s a good rule-of-thumb to follow:

If possible, use coffee that was roasted within the last 2 weeks. Generally, if a bag of coffee has a “roasted on” date, you’ll have an easier time finding freshly roasted coffee. If there is a “best by” date, you can bet the coffee was roasted a while back.

Use freshly ground coffee (grind right before brewing if possible) and make sure the coffee is ground to the appropriate particle size for the brewer being used (in this case, the French Press).

Get your grind right

Although some would argue that you can get a good cup of French Press coffee, regardless of the grind you use, you’re likely going to have better luck using a coarse grind.

The reason for this is mostly attributed to the way the French Press filters coffee.

If you’ve ever experienced “sludge” (i.e. muddy coffee grounds at the bottom of your cup) from a cup of French Press coffee, it is likely because finer coffee particles from your ground coffee passed through the filter.

Think of your filter like a goal-keeper, and your small coffee particles like the ball (or puck, if you prefer hockey). The ball has gone right between the goal-keeper’s legs, and into the goal, in this somewhat lame analogy.

Or we can also think of ground coffee like an entire team of futbol/soccer players kicking their own balls (don’t go there) towards the goal simultaneously, as one goal-keeper tries to stop every shot.

However, if that ground coffee is more coarsely ground, it will have a hard time passing through the French Press’ filter.

This means you will get less sludge, and more brewed coffee.

New to grinding coffee? Check out my complete guide on how to grind coffee.

Before I give you any coffee recommendations, I first recommend that you at least have some idea about the coffee you already enjoy drinking.

Because…news flash…the best coffee for French Press is actually the coffee that you like the most.

So, if you have traditionally only brewed your coffee through a drip coffee maker, but you enjoyed the coffee brewed through that method, use that same coffee with your French Press.

In fact, I highly recommend brewing your first French Press coffee with the same coffee beans (or pre-ground coffee beans) that you’re already accustomed to.

This way, you’ll be able to quickly familiarize yourself with the differences that come with the French Press brew method.

Below, you will find a list of the current top-rated coffees here at The Coffee Concierge:


Widget not in any sidebars


And for good measure, here are the current best-selling  coffees on Amazon:

Pay attention to the roast level of any new coffee you decide to brew with the french press. In other words, if you usually drink dark roast coffee, you probably won’t enjoy light roast coffee and vice versa.

Remember how coffee was an acquired taste for you? Well, it’s the same thing when you try coffee for the first time at a completely different roast level.

If you’re looking for a new french press coffee maker, here’s a look at the best-selling options currently available on Amazon:

Table could not be displayed.

Don’t you know by now that “best” is subjective? Plus, if you really wanted the best coffee grinder for french press, you’d be willing to spend thousands of dollars.

Forgive me for assuming, but I don’t think this is you.

So let me give you some suggestions for coffee grinders that are a great value and grind coarsely and consistently.

Here are our current favorites for French Press. Remember: you’re going to want a coffee grinder that not only grinds coarsely, but also consistently.

For more on grinding coffee, see our guide here.

Here are some other good options at different price ranges:

What’s your favorite coffee to brew with the French Press?

All right friends, time for you to share your favorite coffee to brew with the French Press. Drop a comment below with the name of the coffee, roaster, and any other info you think might be helpful.

Please note: any links that are dropped with the clear intent of self-promotion will likely be removed, so please think twice before posting links.