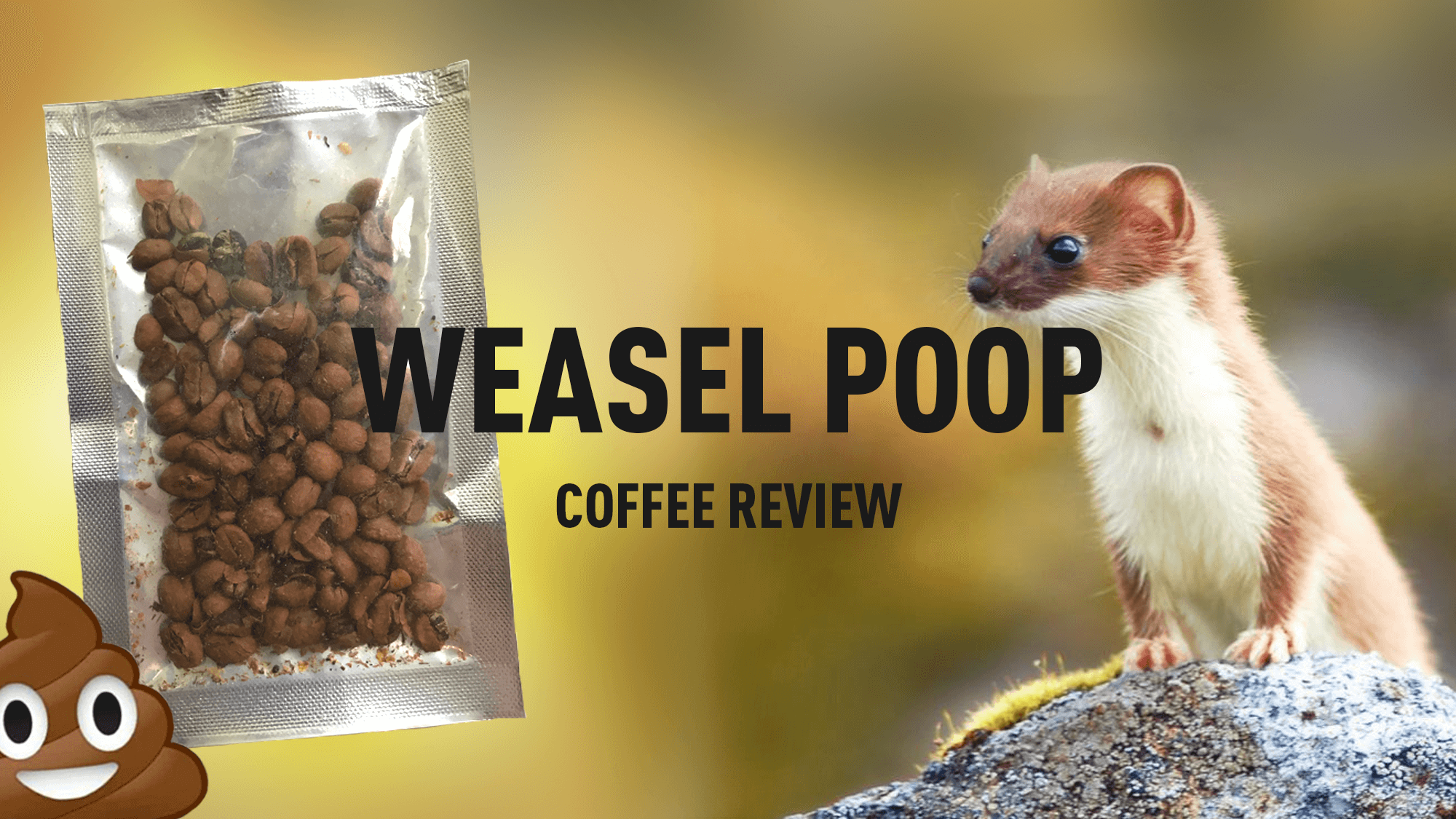 Sometimes you just gotta say YOLO (it stands for ‘you only live once’, you old fogey…don’t you listen to Drake!?).

A couple of my friends recently (as in, half a year ago) visited Vietnam and were thoughtful enough to bring me a gift.

Being the coffee-fiend that I am, they brought me a small bag of coffee that claimed to be the most expensive coffee in the world.

And after they told me how much it cost, I didn’t doubt it.

At a whopping $10 for a 10 gram bag, this was definitely the most expensive coffee that had ever come into my possession.

Upon further inspection and explanation, it turns out the coffee they gave me came directly from a weasel’s digestive tract.

When I initially tried this coffee, I didn’t realize that weasel poop coffee is basically synonymous with kopi luwak coffee, the infamous “world’s most expensive coffee” that has gotten a lot of media attention over the last few years (mostly negative).

You see, when this coffee’s producer writes weasel, they are more specifically referring to an Asian palm civet.

While the asian palm civet definitely looks like a weasel, I think this is probably more of a marketing thing. The producers likely have a much easier time selling the coffee to English-speaking tourists who have no idea what a civet is (read: me, Sun, and Brian).

Should Weasel Poop Coffee Really be on your Bucket List?

One of my favorite parts of my weasel poop coffee experience was the blurb that came with the coffee.

I’ve added it here for you to enjoy over your next cup of coffee. YOLO.

Now, on a more serious note, I don’t think this sector of the coffee industry should be supported unless there were strict regulations for how the civets are treated.

I was willing to give this particular producer the benefit of the doubt before writing this review, but upon further investigation, they are just another weasel poop coffee farm keeping the animals in very small cages.

I won’t speak too much on it, since I haven’t actually visited the coffee farm. But you can read their Trip Advisor reviews to get a decent enough sense for what’s going on.

How Does Weasel Poop Coffee Taste?

I couldn’t believe it, but the coffee wasn’t that bad.

What was interesting about this particular weasel poop coffee was that it wasn’t burnt to a crisp like a lot of the Vietnamese coffee we’ve all become accustomed to here in the states.

This one was drunk straight, and had virtually no traces of bitterness (or poopiness for that matter).

Should You Try Weasel Poop Coffee?

I mean, I definitely wouldn’t go out of my way to buy any coffee that cost $1 per gram, but maybe that’s just me.

I think the bigger question you have to ask yourself is whether you’re comfortable with drinking coffee that had already been excreted from a weasel.

It’s a tough sell, even if The Coffee Concierge is telling you it actually tasted all right.

And hey, maybe you’ve already tried some version of poop coffee out there. I would love to hear about your experience, so let me know by leaving a comment below!