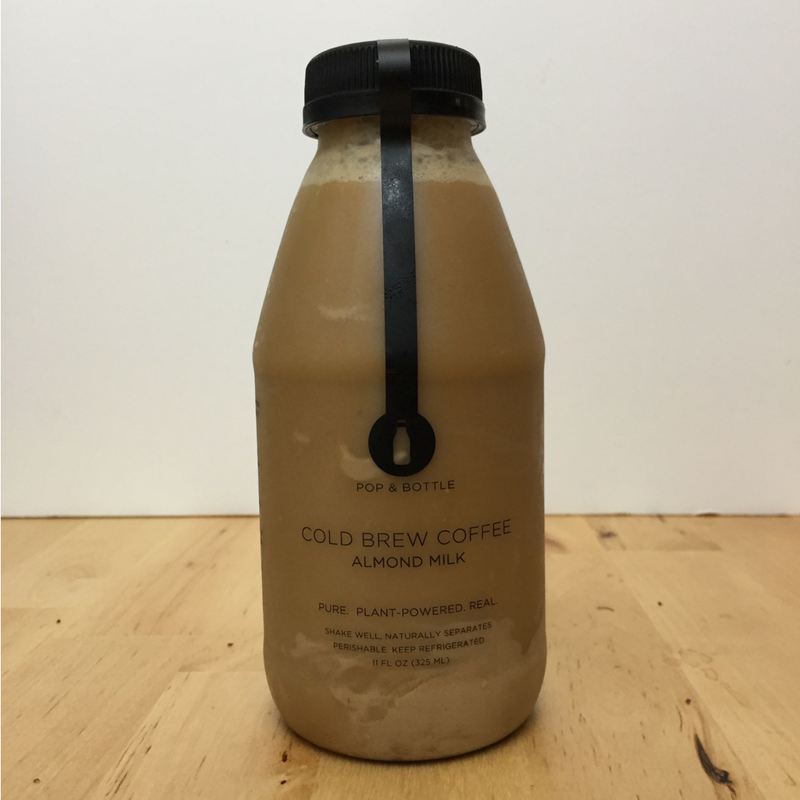 In this review I'll be taking a look at Pop & Bottle's Almond Milk Cold Brew.

Now, this isn't my first go-round with an almond milk cold brew, but the first time was far from appealing to say the least.

Despite my unpleasant first experience with almond milk cold brew, I decided to give Pop & Bottle's version a try after one of the clerks at my local grocery store was raving about it.

So one day I finally took the plunge and shelled out close to $6 with hopes that my tastebuds agreed with the raving grocery store clerk.

The best way for me to describe it would probably be: generic coffee-flavored smoothie.

The mouthfeel dominated, just as it did when I tried Califia Farms' Triple Shot Cold Brew, but this time it was a little bit less sandpapery. Still, I found it a tad too thick overall.

While I thought this was a pretty decent drink with an excellent list of ingredients, the high price tag and generic coffee flavor will probably keep me from ever buying it again.

If you're a big fan of almond milk and coffee though, you might want to give it a try. I imagine this would be a great alternative to someone's usual iced almond milk latte from Starbucks (do people actually order these?).

If you've had the pleasure of trying Pop & Bottle's Cold Brew already, let us know what you thought by leaving your review in the comments section below!