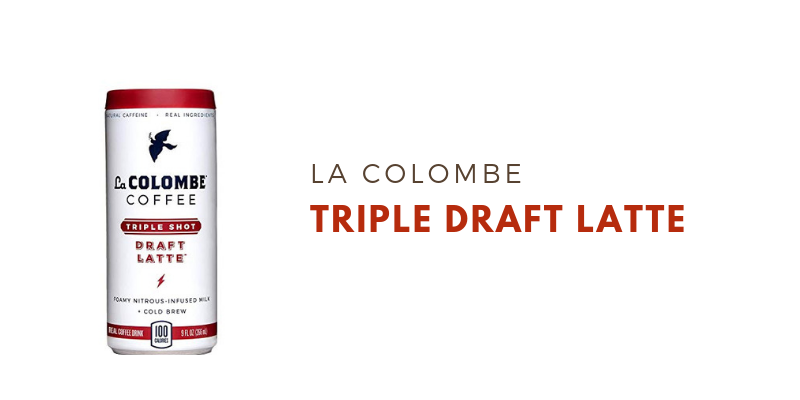 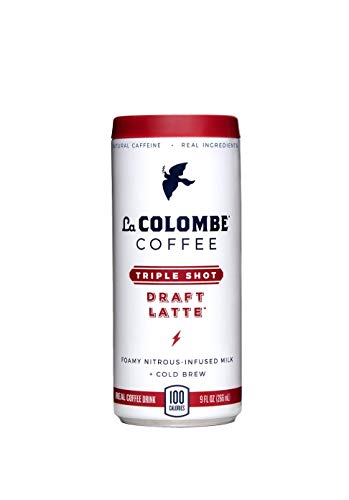 Today I’ll be looking at one of the many draft latte flavors currently offered by La Colombe.

This is the Triple Draft Latte.

Basically, it’s the same drink as the Original Draft Latte, but three shots of cold pressed espresso instead of one. This was particularly enticing to me, because I felt that the original draft latte was a little weak on overall coffee flavor.

But does 2 more shots of espresso make that much of a difference?

What is a “Draft Latte”?

The draft latte originates from La Colombe’s cafés, where they serve up the espresso-based drink on draft, giving it a nice cold, frothy texture.

Overall, I liked the Triple Draft Latte about as much as I enjoyed the original flavor. Still, I felt like it was lacking in overall coffee flavor.

Coffee flavor was generally pretty weak, which is the same issue I had with the original draft latte.

Sweetness prevailed here, as the strongest flavors were reminiscent of butterscotch and coffee candy. By no means a bad ready-to-drink coffee, albeit slightly on the “too sweet” side of the taste spectrum.

If you buy a 4-pack of the draft latte online, you’ll be paying $3 per 9oz can…and that excludes shipping. To me, that’s not a great deal.

The good news is that you can likely find the drink at your local supermarket for less than $2/can. I picked the Triple Draft Latte up at Trader Joe’s.

Aside from a heavy dose of sugar, I don’t have too much of an issue with the ingredients used in the Triple Draft Latte. 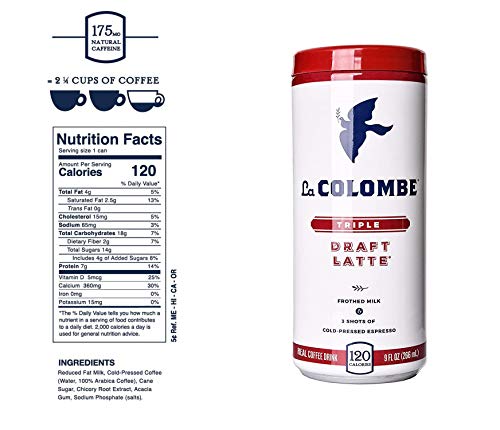 La Colombe has excellent distribution on their Draft Latte lineup. You can find their drinks at Target, Whole Foods, Trader Joe’s, Grocery Outlet, and a ton of other retail giants.

Use the store locator to find out where you can pick some up.

Worse comes to worst, you can always buy it online. Just note that you’ll be paying more due to shipping costs.

Is the Triple Draft Latte for you?

With La Colombe’s Draft Lattes, I’ve personally had the best experience with the simpler flavors that they offer. The Triple Draft Latte fits the bill in terms of keeping things simple.

Still, this probably isn’t the drink for you if you’re looking for a lot of coffee flavor.

Those with a sweet tooth are far more likely to enjoy the Triple Draft Latte.

If you’ve had the opportunity to try theTriple Draft Latte from La Colombe, let us know what you thought by leaving a review below!