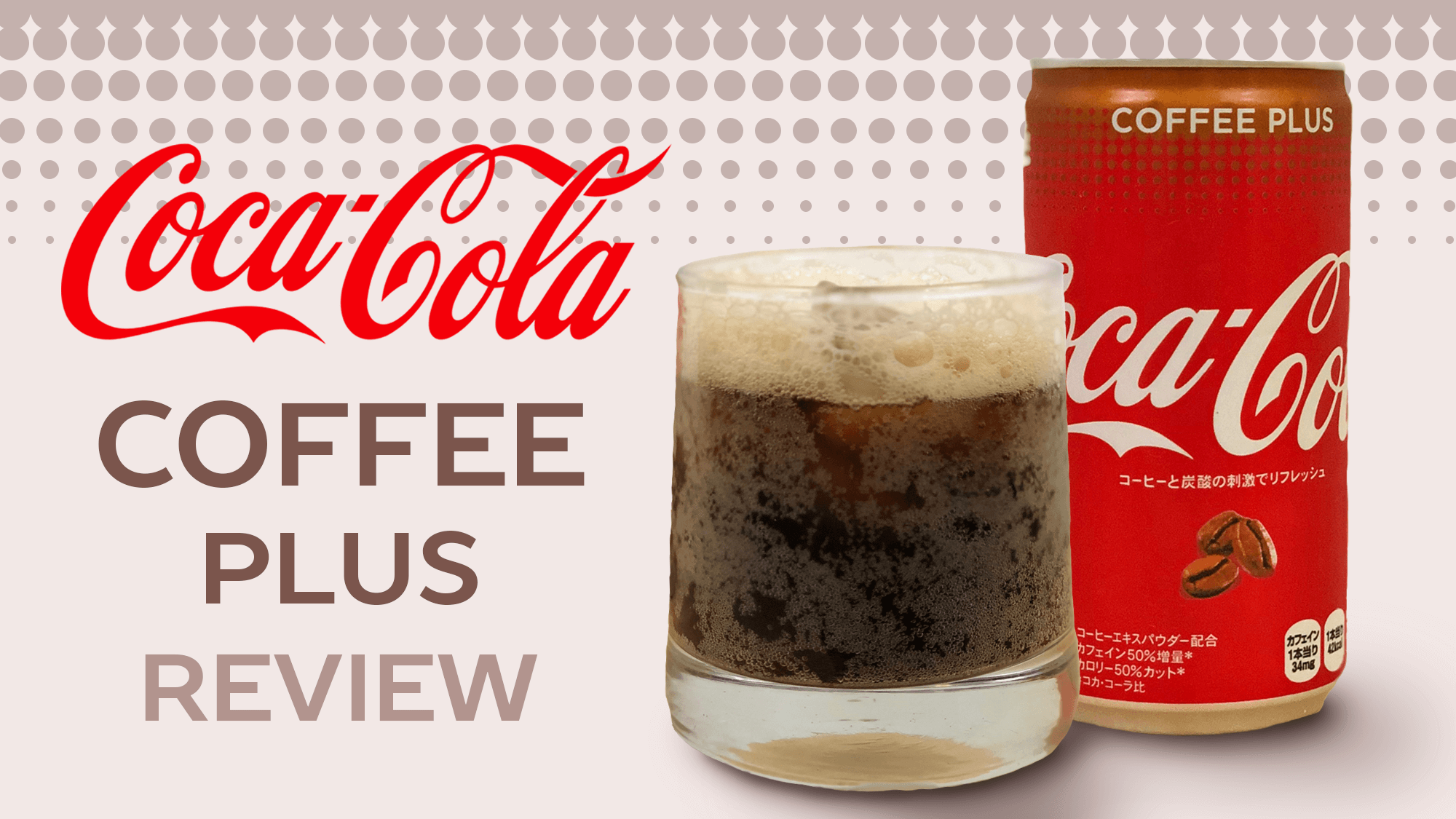 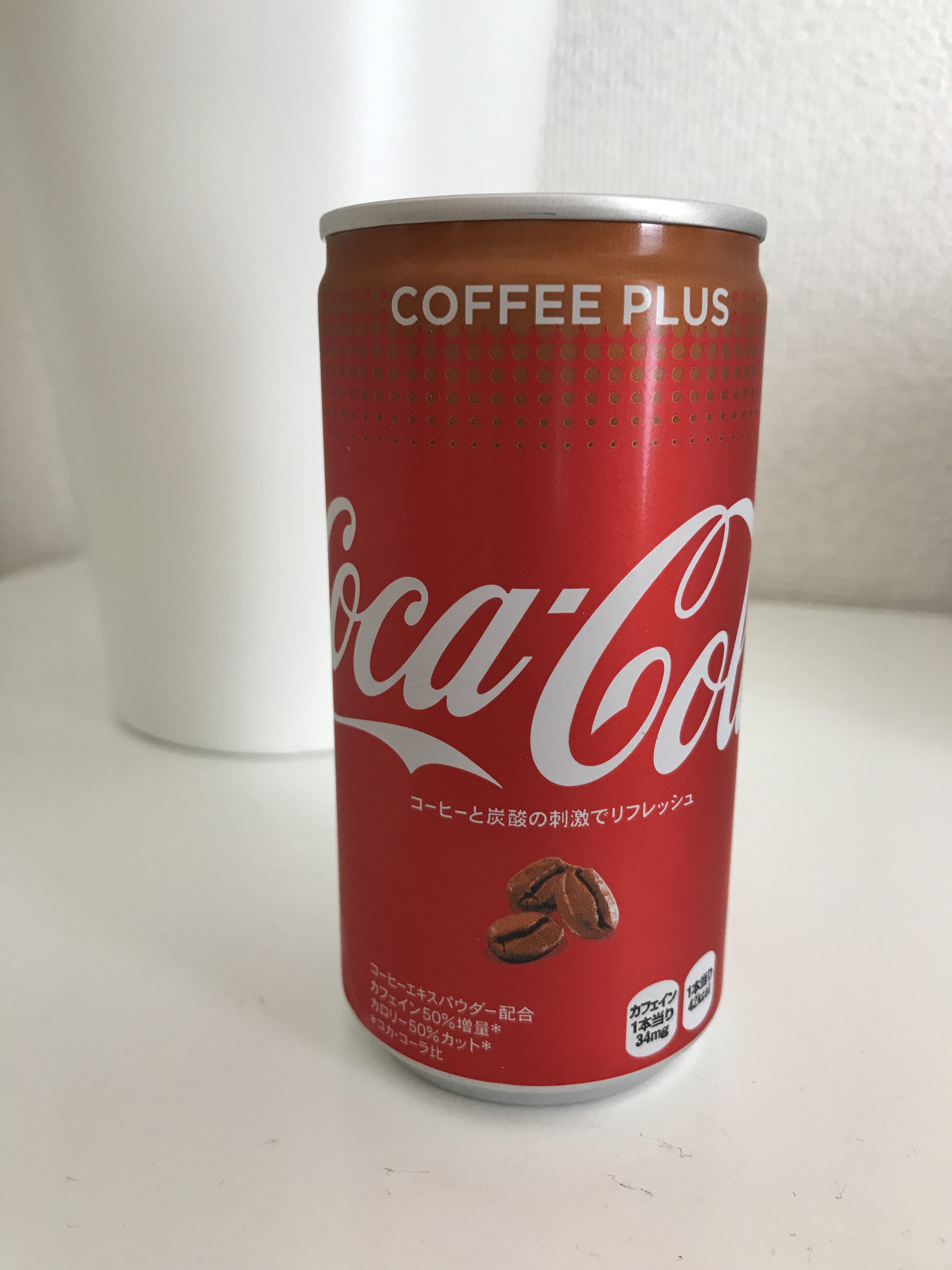 If you love coffee, Japan is a country that you must visit if you have the chance.

Not only have the Japanese popularized the art of the pour over and perfected the science of cold brew, but they’ve also made both hot and cold coffee drinks accessible through vending machines.

Yes my friends, you heard me correctly: vending machine coffee is a thing in Japan.

And in September 2017, while on our honeymoon in Japan, Coca Cola announced a new coffee drink that would only be available in Japanese vending machines (at least for starters).

And given that its creator is a soft drink company, you probably knew that this wouldn’t just be another coffee drink that Coke was introducing.

All jokes aside, one of the main ways Coke is marketing the new Coke Coffee Plus is the claim that it has twice the caffeine and half the calories as a typical coke.

Unfortunately, I can see why “more caffeine” is a selling point to the Japanese, who are extremely over-worked in my humble and non-judgmental Westerner opinion.

At the same time, I can’t understand why calories matter much, since obesity doesn’t appear to be a problem in Japan like it is here in the U.S.

This isn’t the first time Coke made a coffee drink

Back in 2006, Coca-Cola introduced a coffee-flavored soft drink called Coca-Cola Blak in France, that ultimately made its way into other markets (U.S. and Canada to name a few) before being discontinued in 2008.

I have no idea why it didn’t make it beyond those 2 years, since a lot of the reviews I read online were positive, so maybe someone with insider information could enlighten us in the comments section below.

How Does Coke Coffee Plus Taste?

Reviews were already coming in right after the Coke Coffee Plus’ launch, and most of them were negative.

But if you ask me, most of these reviewers weren’t keeping an open mind going into the review. Why? Because coke and coffee sounds like a terrible combination if you really think about it.

Coke is a cold, super-sweet, carbonated beverage. Coffee on the other hand, is typically hot and bitter. They are not complimentary in any way, shape, or form.

But I gotta tell you, I was pretty impressed with Coca Cola’s strange fusion of the two in Coke Coffee Plus. I thought it tasted quite good!

Sure, Coke Coffee Plus is probably twice as sweet as a regular Coke, which is already too sweet to begin with, but I think it’s justifiable considering it comes in a smaller can.

As far as the coffee flavor goes, it was definitely there, but more so in the aftertaste than the taste up-front.

So no, it does not quite taste like a mix of Coke and coffee. In fact, I would say that it’s more like taking a sip of Coke, followed by a sip of cold coffee.

Where Can You Buy Coke Coffee Plus? 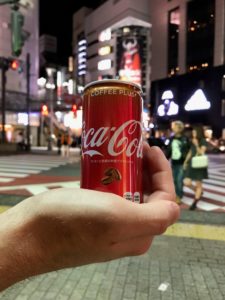 At the time of this review (November 2017), Coke Coffee Plus is only available in select vending machines in Japan.

Mind you, it took us almost an entire 14-day trip to finally find a vending machine that had the Coke Coffee Plus, and we were looking in some of the biggest tourist destinations in the country across Tokyo, Kyoto, Hiroshima, and Osaka.

We eventually started seeing them all over the Shibuya neighborhood in Tokyo, so my advice would be to look for it there if you’re having trouble finding it.

Since the Shibuya Crossing is a must-see for any tourist in Japan, you can kill two birds with one can of Coke Coffee Plus.

Even though I liked Coke’s Coffee Plus, you might not feel quite the same way. So I welcome you to share your own review in the comments section below.

If you decide to leave a score, it will be factored into the overall score above, so help your fellow readers out!