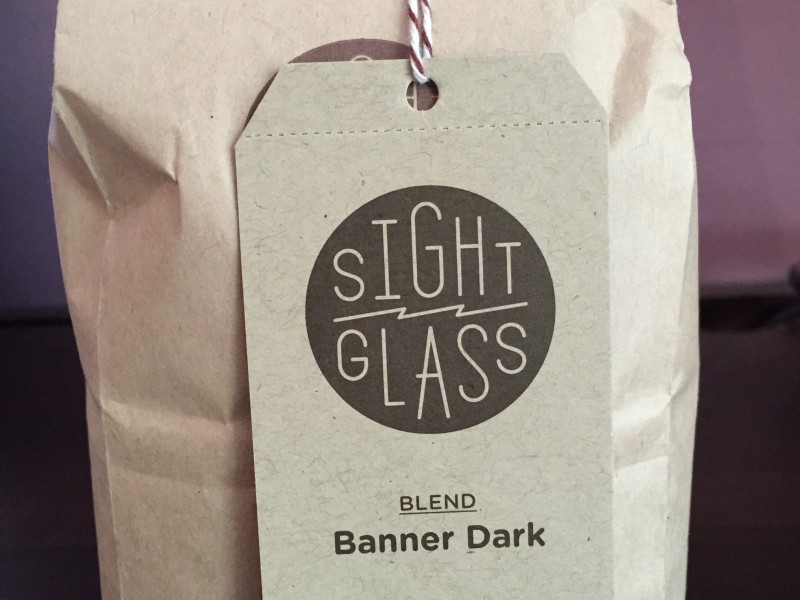 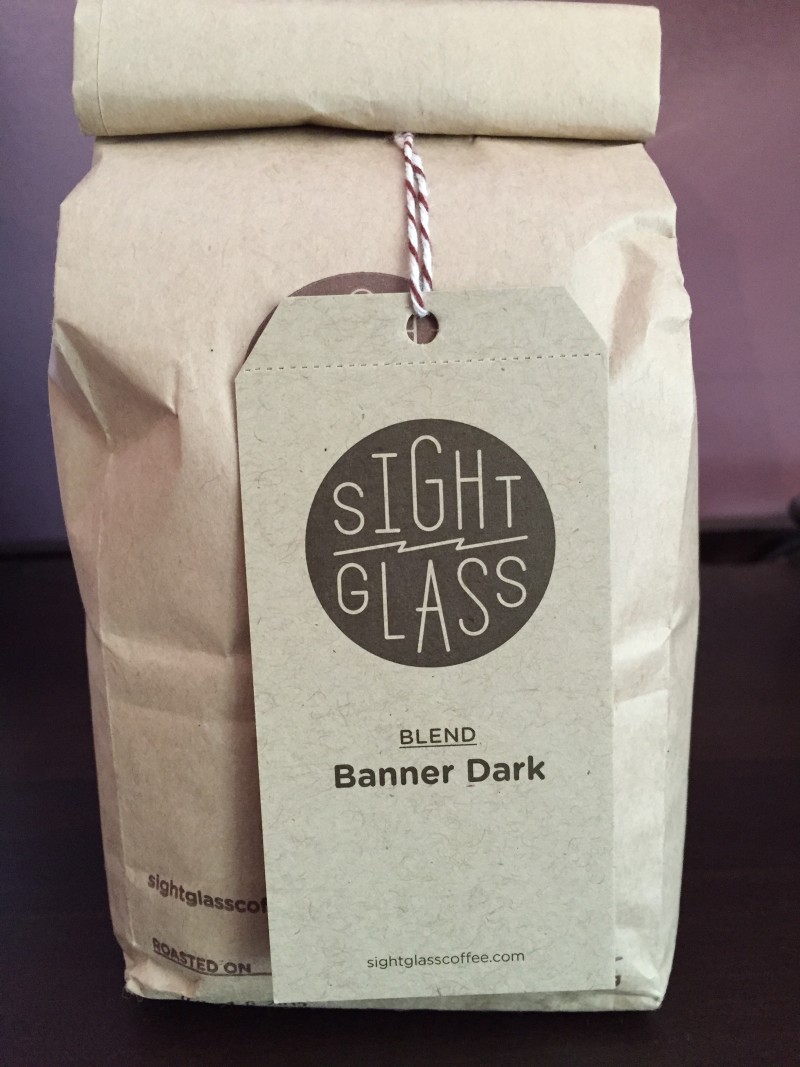 It’s unusual to find a specialty coffee roaster making anything remotely close to a dark roast these days, especially in San Francisco. Or maybe I just haven’t been looking hard enough…who knows?

Whatever the case, things were different this week when I picked up a bag of Banner Dark from Sightglass Coffee Roasters, a medium roast blend with rotating beans from Central and South America. According to their website, Banner Dark features Sightglass’ deepest roast profile, which I think means they don’t go any darker than this with any of their coffee.

Banner Dark was definitely a big change when compared to Sightglass’ Owl’s Howl, which was a very bright espresso blend that I just couldn’t get along with.

Maybe it just comes down to personal preference, but this was a welcome change.

I didn’t hop around too much with brew methods this time around. A lot of it had to do with some grinder issues I was having, but in any case, I was pretty satisfied with most of what I tried.

First brew was with the AeroPress.

The 2015 World AeroPress Championship in Seattle took place a few months ago, and because they posted the winners’ brew recipes online I decided I’d give one of them a try.

You can read/watch the rest of the recipe at the link above.

As for the results…it was a nice cup of coffee. It had a dark chocolate aroma and strong pineapple notes during the initial sip with a very slight pear flavor too. The aftertaste was smokey, but I couldn’t put my finger on anything more specific. It had a silty mouthfeel.

My next brew was with the Kalita Wave and it also came out pretty nicely.

I picked up hazelnut, earth, and vanilla in the aroma.

The results were similar to the AeroPress, but this time the initial flavor was more like a strawberry than a pineapple.

The aftertaste was dark chocolate, which got increasingly bitter as the cup of coffee cooled.

Overall, it was still a good cup of coffee.

I decided to brew a cup of the Kalita without actually having to do the pour over element of it.

Basically, the Brazen Plus functions as my kettle/hot water dispenser, while the Kalita serves as the filter holder.

This time, it was really hard to pinpoint the flavor notes, although it was still bright on that initial sip. Eventually, I realized it was closest to grapefruit given the bitterness. The dark chocolate was still present in the aftertaste. I also picked up a slight Pistachio…but let’s be honest, I don’t really have that taste stored in my palate’s rolodex.

I spent a lot of time pulling shots with the Banner Dark on my MyPressi Twist. This blend required an incredibly fine grind, as I was pulling some of my first shots in the 10 second range despite using a grind that had been fine enough for many of the coffee I had pulled shots of in the past.

The interesting thing was that even these incredibly short pulls weren’t unbearable to drink.

An espresso snob would probably dump them out given the short pull times, but I gave them a try and for the most part all of my botched espressos were drinkable, and somewhat enjoyable.

I didn’t get a decent pull until I was on my last 20 grams of coffee.

My grinder kept getting stuck on the fine settings before that. So I had to clean it thoroughly and run some rice through it to finally grind 20 grams of coffee successfully on the #3 finest setting.

The shot was pretty bright with a surprisingly light body. I didn’t go too crazy with analyzing the shot because I was simply relieved that I was finally even to pull one, given the grinder troubles I was having with what I want to say was 1/4 of the bag.

OK. Here are my ratings across the rating categories I’m currently using.

The acidity was definitely there and a nice balance between sweet and sour. It didn’t really linger, but I thought it was one of the bigger standouts.

Smokey, dark chocolate. Not too dry, but sometimes a little bit too bitter. This was probably the least exciting part about this coffee.

When the coffee was ground it had a nice, strong aroma. In whole bean and brewed form it was less pronounced.

I picked up cinnamon, milk chocolate, smoke, hazelnut, earth, and vanilla. So the complexity was definitely there, but I still wish it was a little bit more pronounced.

The mouthfeel was silty and definitely had some weight to it, except in its espresso form. For the most part the body was pleasant, but it could have been a bit smoother.

Nice complexity across brew methods. I’d describe the Banner Dark’s flavor as a plate of edible arrangements, you know, a whole bunch of dark chocolate covered fruit. Except it was more like fruit with dark chocolate inside.

Think: strawberry or pineapple with a chocolate core.

How awesome would that be?

So there you have it. That’s Sightglass Coffee’s Banner Dark. It’s a very nice blend for those who like medium roast coffee, or even dark roast coffee. I would have loved to try this as a french press, as Sightglass recommends, but it will have to wait until next time.

Maybe if you give it a try you could let me know your thoughts below?